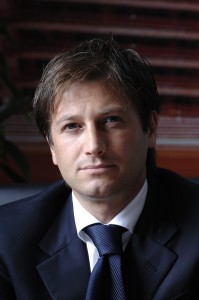 Prior to this appointment, Dany Bahar was Senior Vice President, Commercial & Brand for Ferrari SpA where he was responsible for worldwide road car sales and after sales business, overall road car and F1 marketing activities, licensing, and merchandising business.

Before joining Ferrari SpA, Dany Bahar was the Head of Corporate Projects Business in Red Bull GmbH. He was responsible for the overall corporate project business development, with emphasis on diversifying the business such as setting up their F1 strategy with Red Bull Racing and Scuderia Toro Rosso and the US based Nascar Team operations, acquiring football clubs in Salzburg, New York and Ghana for commercial purposes.

On his appointment, Dany Bahar said, “I am looking forward to taking on the challenges as CEO of this legendary and iconic company with a peerless motorsport history. Lotus has a worldwide reputation for innovative engineering and superb sportscars that lead the world in efficiency, design and dynamics. With the recent launch of the award-winning Evora, there is proof that Lotus is better placed than many to capitalise on the rapidly changing automotive market. I can’t wait to get my plans underway in October.”

In welcoming Dany Bahar, Dato’ Mohd Nadzmi Mohd Salleh, the Chairman of Lotus Group, stated “With Dany’s track record in motorsports and Ferrari, we strongly believe that we have found the right CEO to enhance the Lotus image, brand and reputation as a world class sportscar and engineering company. With a strong management team already in place, we are confident this objective can be attained.”

Dany Bahar, a Swiss National, holds an MBA and is married with two children.