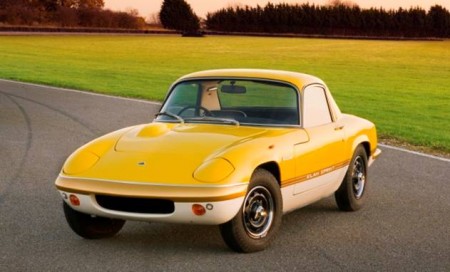 Graham has played an active role with Ansar in helping create Caterham Cars into its modern-day guise as a core element of the Caterham Group and will now lead Caterham Cars as CEO.

Ansar will leave his post as CEO after leading Caterham Cars following a management buy-in which assumed control of the business in 2005 from the Nearn family who originally founded Caterham Cars. Ansar oversaw a program which initiated a fundamental shift in the engineering focus of the business, a move which revitalised the legendary Seven range. He also oversaw the long-term stability of Caterham Cars, building on its historic spirit of innovation, entrepreneurial endeavour with a core motorsport base and dedicated to the notion of serving the ‘unserved’, making racecar performance accessible to everyone.

Ansar has now decided to move on to new challenges and Caterham Group thanks him for the integral role he played in building Caterham Cars into a globally respected automotive brand and helping form Caterham Group in its present-day guise. Tony Fernandes, Caterham Group Chairman, said: “I want to take this chance to thank Ansar for everything he has done for the Caterham brand over many years. Without his leadership Caterham Cars would not be the world renowned, profitable business it is today and we would almost certainly not be working under the Caterham name if he had not initiated the discussions with us that led to the enviable position Caterham finds itself in today.

“Now we move on to the next phase of the expansion of Caterham Group and Caterham Cars. Graham is the perfect person to take over and lead the company and his experience and dedication will help us make a smooth transition into the next chapter of the Caterham Cars story.”

GGLC members can click here to sign up for the fourth event of the season. Non-members will be able to register one week later.

This season we have 8 classes that you can participate in. Please read over the details on the club autocross page. Registration is now open for the Golden Gate Lotus Club’s third track day of the year. This event will be at Thunderhill Raceway Park in Willlows, CA on Wednesday, July 11, 2012. This will follow our traditional format of three run groups, allowing you to bridge two run groups in order to give you maximum track time. We will be running in the normal (counter-clockwise) direction and you will sign up for either Novice/Intermediate, or Intermediate/Advanced depdending on your experience level. Early Bird pricing will be $145 for members and $165 for non-members. That price will increase after 6/27/2012 to $165 for members and $185 for non-members. Click here to register and sign-up early to ensure you pay the lower price.

See you at the track