Announcing that overall sales are up by 54% in the past nine months provides tangible proof that the forward strategy established by Lotus Cars is working. In volume terms, the increase of 551 cars over the previous year, to a total of 1,565, is an excellent result for the British sports car maker.

Lotus has enlarged and strengthened its representation globally, with 25 new dealers enrolled across a number of territories in the past nine months, with another 50 new dealers joining Lotus by the end of 2015.

Jean-Marc Gales, Chief Executive Officer, Group Lotus plc, said, “Our sales growth and dealer expansion is performing to plan and demonstrates the confidence that our customers have in Lotus. The positive reception that all our new Lotus cars are receiving in both new and established markets shows that our product development strategy is heading in the right direction.”

Lotus is revealing an exciting new car at the important Geneva International Motor Show in early March 2015. The product will remain true to its core pillars of lightness, performance and driving purity by embodying all of them in a most desirable package.

The most recent Elise S Cup model is already creating vital banner headlines and comments like “…most intoxicating sports car at any price” and “…it’s about as much fun as driving gets”, are some of the justified rewards for the effort expended at Hethel; and that is for a version of an existing model….the Geneva reveal will produce even more for the new model.

The demand for Lotus Cars in places like China and Japan continues to grow and market reports are quietly confident that the new model to be unveiled at Geneva will accelerate the sales volumes in the USA, Europe, Middle East and Asia by considerable margins.

DRIVE: The Annual Anti-Football Drive is Saturday January 24 and returns to the Peninsula. This is a casual moderate paced drive. The road conditions are always iffy at this time of the year so the pace will take into consideration the recent and then current weather.

CRABS & LUNCH: We have lunch at Pillar Point Harbor. You can purchase Crab and Fish right from the boats! If you want to buy fish and/or crab bring a small ice cooler or similar waterproof container and ice packs to keep your purchase cool. The boats will bag your purchase, but crabs have sharp claws and will pierce plastic bags, thus you need something watertight. But, having fresh fish and/or crab is amazing!

AFTER LUNCH: We will drive back to San Carlos and the Hiller Aviation Museum for a 2pm tour.

IMPORTANT! Please RSVP! Space is limited on the tour. Non-members are welcome, but GGLC members will have priority. To RSVP send an email with the number in your party webguy”at”gglotus.org

The drive is about 1 hour long and will be at a moderate pace run with respect to iffy road conditions from winter weather. The GGLC will pay for the Museum tour, but lunch and any fish/crab purchase is no host.

WEATHER – We’ll do this rain or shine! 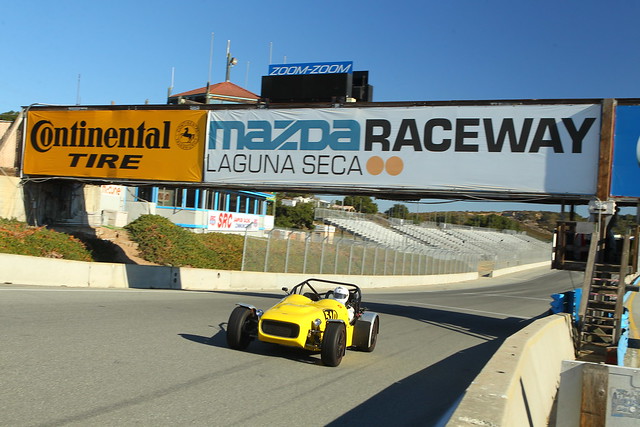 Registration is now open for the Golden Gate Lotus Club’s first track day of the year which will be at Laguna Seca Raceway in Moneterey, California on Monday, February 23rd. We will be running (3) run groups with approximately 20 minute sessions each. Your options will be Advanced Group, Intermediate Group, and Novice Group. There are a limited number of Beginner slots that have been filled already by people emailing us directly. Beginners will run in the Novice Group and will be required to have a coach assigned to them to ride in the passenger seat in order to enter the track. If we can find more coaches, we will send out an announcement for additional beginner slots.

Your registration will include lunch from the Crusin’ Café. This consists of a variety of chicken and beef dishes and sandwiches as well as burgers. There will be options for vegetarians but we are still sorting through the details of all the lunch options. Approximately two weeks prior to the event you will receive an email with all the options and you will email us back your choice. If we can figure out how to use Motorsportreg for this, we’ll let you know.

This will be our only Laguna Seca event this year and will fill up fast, so be sure to sign-up early to ensure you get a spot. Due to the restrictions imposed by Laguna Seca on the number of cars allowed on the track at one time, there will be no bridging of run groups as we normally do at other venues. Also, be aware that there will be absolutely no refunds. If you cancel before February 9th and we can fill your spot, we will give you a rain check for a future event. Only sign up if you know you can attend. We will run this event rain or shine.

Also, THIS WILL BE A 90dB EVENT! DO NOT RELY ON LIFTING AT THE SOUND CHECK – if your exhaust or intake is loud, take measures to reduce your levels before the event. 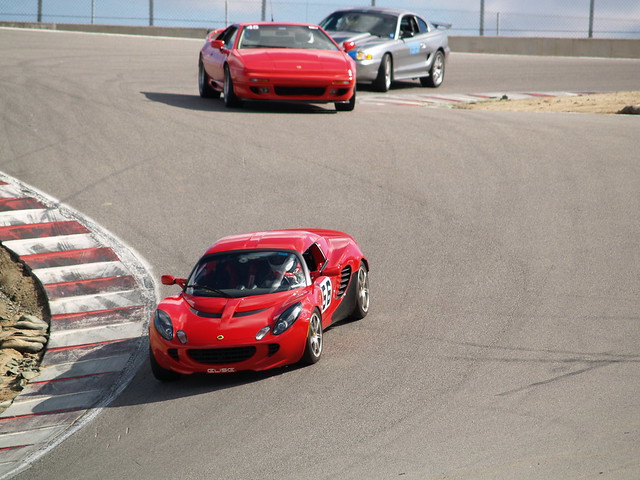