It seems appropriate that on the day Elliot Moss, Stirling’s son, drives a Lotus 18 for the first time, courtesy of Classic Team Lotus, Stirling was winning the 1960 Monaco Grand Prix, the first Formula 1 win for Lotus, exactly 50 years ago. This was also the first time Elliot had ever driven a single seater let alone a race car on a race track, so the timing and type of car driven was very fitting.

The reason for Elliot driving is to demonstrate the Lotus 18 at the Classic Team Lotus Festival on 20th June 2010 at the Snetterton Race Circuit, along with 33 Formula 1 cars from the Lotus’s Formula 1 history. The festival will also feature the newest Lotus Formula 1 car on track, the T127, and its drivers Heikki Kovalainen and Jarno Trulli.

As Stirling is still recovering from the injuries he sustained from his accident back in March, Elliot will drive the Lotus 18 in a demonstration run, alongside a other Lotus Formula 1 cars around the Snetterton track. Stirling’s son did not follow his fathers professional career path, he is a trained chef and now run’s the family’s property business with his wife Helen who was present at Hethel to witness a little bit of Lotus and Moss history being made. 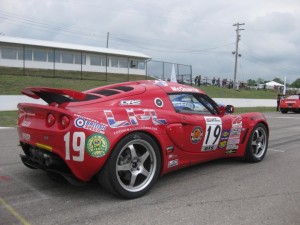 The mailman just brought me this amazing piece of Lotus F1 history: a piston from the Cosworth DFV engine #339 used in the Lotus 81 Formula 1 car. In the 70s and 80s, Team Lotus was in the habit of keeping the pistons from rebuilds to use as VIP gifts. Each engine’s pistons were labeled and stored but not all were presented. With reference to the team’s archives, Classic Team Lotus is able to identify the detailed competition history for the engines in which the pistons ran. A great deal of polishing, then mounting on a wooden plinth, complete with presentation plaque, makes a rather special item of memorabilia. Now while a piston from an F1 engine is amazing in itself (Ferrari charges >$600 for a 2000 piston), this particular engine has some additional history that makes it even more unique. The DFV 339 was used by not one but two F1 world Champions: Mario Andretti used it in his final season at Lotus while Nigel Mansell used it during his first two seasons in F1. The piston comes with documentation of the engines usage and you can see that while it was used primarily in practice and testing, it was also used by Andretti in the 1980 USA GP West where he retired after a first corner accident. If you’d like to get your hands on some original Team Lotus history, head on over to the Classic Team Lotus webstore and be prepared to fight the temptation to buy out the entire store.

[via The Racing Geek] 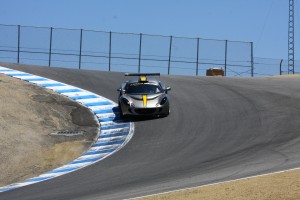 The Lotus Challenge Series will be having a 2 day event at Laguna Seca on July 10 and 11th. They will have their own LOTUS-only run group both days. There will be a Time Trial competition and wheel-to-wheel race on Sunday. This LCS event (and run group) will be capped at 23 participants. The 92 db sound limit be enforced by the track for this event. 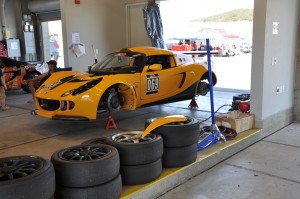 New members are welcome to run as long as safety/driving experience requirements are met. The LCS organizers have extended a special invitation to GGLC members and Northern California Lotus owners to participate in the event. Please visit the Lotus Challenge Series website for more information. 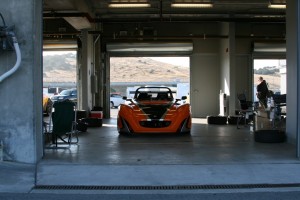 Spectators are cordially invited and there may even be some VIP surprise guests in attendance. The LCS participants had a blast last year at this historic venue, so don’t wait too long to sign up — based upon preliminary indications of interest, this event looks to be a sell-out. 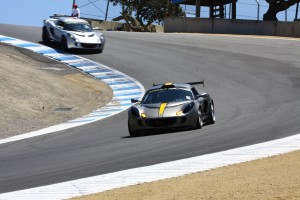 Click here to sign up for the event. Garages will also be available to the competitors for renting. 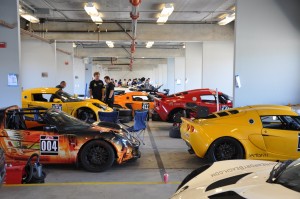 Gavan Kershaw, Matt Cummings and Roger Green had moved up to 11th in class at this weekends 24 Hours of Nurburgring when their race was ended by this fire. In the teams own words:

It appeared that Roger hadn’t seen the flames which were gaining in their momentum with flares from the rear of the car and wheel arch until they reached closer to the cabin. The heat ruptured a tyre and Roger slowed to the edge of the track and bailed out rolling to safety.

As we posted a few days ago, Tyler McQuarrie qualified on pole and won the GTS class at the SCCA World Challenge Event at Long Beach. He has just posted this video of his qualifying lap online – enjoy! 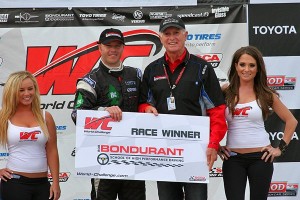 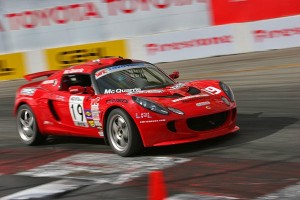 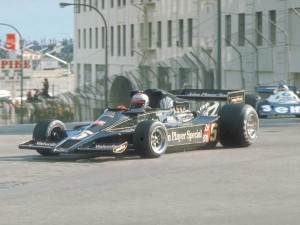 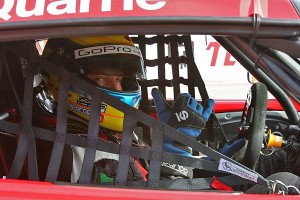 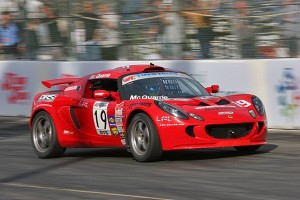 Compilation of old school rallying videos from the time when men were men and safety was was for wimps.

For some extra Lotus content check out this video of Henri Toivonen in the Talbot Sunbeam Lotus. Toivonen and Guy Fréquelin drove the car to the 1981 World Rally Constructors Championship. Incidentally their co-drivers during the 1981 season were Jean Todt (current FIA president) and Claudio Berro (current head of Lotus Motorsports)