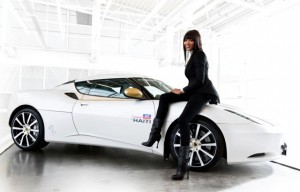 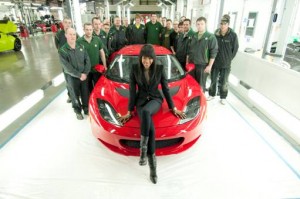 In response to the horrific natural disaster that has crippled the nation of Haiti, Naomi Campbell together with Lotus Cars will be auctioning eight special edition “Naomi for Haiti” Lotus Evora sports cars, with the proceeds from the auction going to help the relief effort in Haiti. 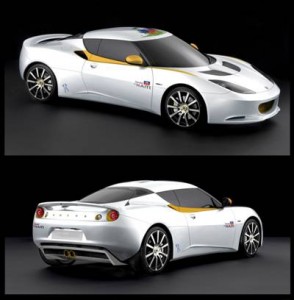 The Lotus Evora is a very desirable, multi-award winning, high performance, mid-engined sports car that presents a fantastic piece of design to bid on. The “Naomi for Haiti” Evora sports car has been specially designed by Lotus Design Director Donato Coco and reflects Naomi’s design direction. The bespoke styling combines the flag of Haiti with a dramatic colour scheme and the cars include a full range of options, meaning these cars will all become desirable collectors items. 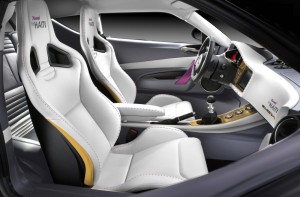 The grand total raised for the charity and the highest bidders will be announced by Naomi Campbell at the Geneva Motorshow on the 2nd of March. There will also be a link to the “Naomi for Haiti” website from the Lotus Cars website http://www.grouplotus.com/cars/home.html.

The Fashion For Relief TM event has selected to support the White Ribbon Alliance as it campaigns for the health needs and rights of women and girls around the world, especially supporting its partners in Haiti at this time to rebuild the healthcare system for mothers and babies. 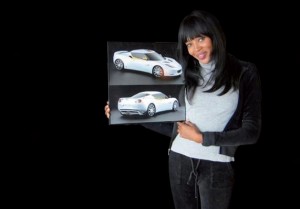 Naomi Campbell says, “I am deeply saddened by the recent tragedy in Haiti. So many have been killed and severely affected by the earthquake – women and children in particular are most vulnerable in disasters. Fashion is universal, personal and touches everyone. I am delighted that Lotus Cars is supporting my Fashion for Relief TM charity and I am sure with such generous help we will raise crucial funds to help save the lives of women and children.”

Dany Bahar, CEO of Group Lotus Plc, stated, “It is a very admirable cause and we are proud to be supporting Naomi Campbell with her Fashion For Relief TM event in aid of the women and children affected by the terrible disaster in Haiti. The whole of Lotus is supporting this very deserving charity, with many working in their own time in order to raise money for the women and children affected by the earthquake in Haiti.”

The Red Cross has said that the earthquake in Haiti has affected approximately 3 million people and it is reported that upwards of 200,000 people have died in the disaster. The magnitude of the earthquake combined with the local geography and house building techniques has exacerbated the destruction.