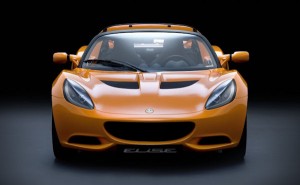 The Lotus Elise revolutionised the sportscar market 14 years ago when the small lightweight agile 2-seat mid engine sportscar was introduced. By ensuring that the Elise stuck rigidly to Lotus’ core values of performance through light weight, the Elise was able to produce supercar performance with city car economy.

Making its debut at the 80th International Geneva Motorshow, the 2011 model year Lotus Elise introduces a number of changes and improvements to maintain its class leading position.

For the 2011 model year, the Elise range will consist of the following variants:

The body – an evolution 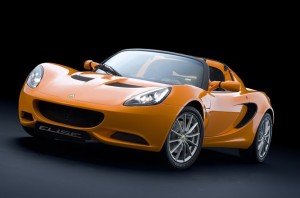 The new 2011 model year Elise range is on sale now and will be in showrooms from April 2010. The body of the new 2011 model year Elise is an evolution of the iconic Elise design, retaining the character and style, while offering a more planted, purposeful stance and a pure, contemporary look that links it to the Evora. As with all Lotus product the design is an exciting blend of dramatic style and functional efficiency 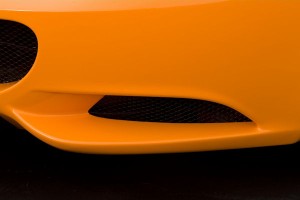 The new Elise body has a fresh sculptured front, including a new bumper, front clam and access panel that combine to give the Elise a wider look with more road presence. 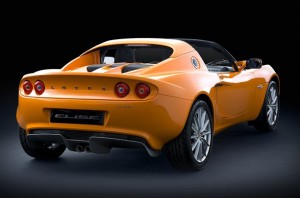 At the rear of the car the new engine has been encased by a distinctive “twin-spine” engine cover whilst lower down a more aggressive diffuser is tightly wrapped by an elegant new bumper design that now includes the rear licence plate.

New headlamp units with distinctively sculptured LED lighting guides (incorporating daytime running lamps and direction indicators) give a contemporary twist to this classic design. Elsewhere, the signature, Lotus “mouth” and familiar sculptured forms have been sensitively refined to give a crisper, more dynamic look. The repositioning of lamp functions has enabled the creation of broad clean surface between the fenders which combines with sleek corner intakes and prominent splitter detail to give a broader more planted stance. 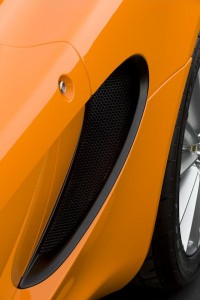 The theme of purity is carried through to the cooling apertures that are efficiently finished with a new lightweight aluminium mesh that gives the car a classically sporting character. 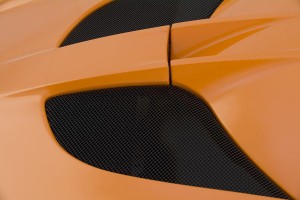 The rear boot is now opened from the cockpit rather than via a separate key operation. The high quality feel of the Elise is continued throughout the car with the Elise graphic incorporated into the new side LED direction indicators, like those on the Evora. 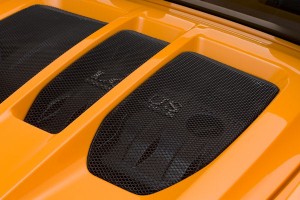 The driving position, from the perfectly positioned pedals and steering wheel, to the comfortable and supportive seats with ProBax** technology means that, like all Lotus cars, the driver becomes part of the car rather than being just a passenger.

With the sleek new body the aerodynamics have improved giving a reduction in the coefficient of drag of 4%.

Finally, a choice of two beautiful, light weight wheel designs are available; an incredibly light forged wheel and a new cast wheel completes the picture for this sensitive update of a Lotus Icon.

The new 2011 model year Elise has a number of additional changes and improvements, with the installation of a new advanced 1.6 litre Valvematic engine meeting EURO 5 regulations. This new engine is 200cc smaller than the outgoing Elise S model and produces similar power (136 PS, 100 kW, 134 hp at 6800 rpm) with maximum torque of 160 Nm, 118 lbft at 4400 rpm, but offers a significant improvement to fuel economy of over 23%, to 6.14 litres / 100km (46 mpg)* and a reduction in CO2 emission by more than 13%*. This provides the new Lotus Elise with the lowest CO2 per performance for any gasoline high performance sportscar in the world. This high technology engine is mated to a new 6-speed manual gearbox, providing closer and more performance orientated ratios than the outgoing 5 speed box.

The 1.6 litre engine is controlled via the bespoke Lotus T6 engine management system. Cruise control is available on the Elise for the first time with the controls present on a stalk located to the left of the steering column.

New cast wheels have been designed specifically for the Elise and the new optional forged wheels weigh just 29.26 kg per set, 2.14 kg lighter than a set of lightweight cast versions. Both are available in silver or black colour.

Dany Bahar, Chief Executive of Group Lotus said, “The Lotus Elise revolutionised the sportscar when it was launched 14 years ago and now the Lotus Elise has become greener, giving drivers access to class leading performance with less guilt.”

Donato Coco, Director of Design said, “The Elise is an iconic sportscar and it was important that we did not complicate its design, so we made the car more pure in its look, improved the aerodynamics, and gave it a more contemporary look with high quality detailing.”

Paul Newsome, Director of Lotus Product Engineering said, “We are always looking at ways of keeping the Elise ahead of its peers and for the 2011 model year we have improved efficiency without losing the innate fun that has made the Elise legendary.”

Andreas Prillmann, Chief Commercial Officer for Lotus Cars said, “In its 14 years of production the Elise has accounted for 32% of all the 61 years of Lotus production, illustrating how significant to the brand and well loved it is. The 2011 model year Elise is greener, purer and more desirable, making it even more relevant to today’s marketplace. The new Elise underlines Lotus’ reputation as one of the most innovative sports car manufacturers in the world.”

The Elise – the entry model

The Lotus Elise introduces the new 1598 cm3, 1ZR-FAE engine, provided by Toyota. The key to this engine’s performance and efficiency is the Valvematic system (a variable valve lift mechanism), which is combined with the dual VVT-i (Variable Valve Timing-intelligent). The engine continuously controls intake valve opening/closing timing and the intake valve lift to vary the volume of the intake airflow, giving significant improvements in efficiency and fuel economy. This ensures optimal performance based on the engines operational condition, thus helping the Elise achieve both high fuel efficiency and high performance.

First of all, the maximum power output is achieved at near maximum revs (engine speed) of 6800 rpm and maximum torque (a respectable 160 Nm, 118 lb.ft) is reached at 4400 rpm. This gives a good combination of mid range pull but also encourages the driver to rev the engine to the maximum permitted engine speed of 7000 rpm (transient rev limit). Like all Elise sportscars, there are three shift up lights, on the binnacle cumulatively lighting when the driver is getting closer to the rev limiter and when all three are illuminated, they flash to indicate that the driver is almost on the rev limiter so time to change up a gear!

The height of the engine cover has been raised by 34mm to accommodate the taller 1ZR engine compared to the previous 1ZZ engine from the outgoing model due, in part, to the additional Valvematic technology included on the new engine. This has given Lotus engineers an opportunity to subtly redesign the rear engine cover to match the design theme from the front and rear of the car.

Chassis
The Lotus Elise is built around the revolutionary and award winning extruded and bonded aluminium chassis, with a lightweight steel rear subframe. The chassis weighs 68 kg (150 lbs) and has a stiffness of 9,800 Nm per degree, giving a high level of control of the suspension. At the rear, and also acting as a rear energy absorbing crash structure, a lightweight steel subframe carries the engine and gearbox. At the front, the radiator and key ancillaries are mounted into a high tech composite energy absorbing crash structure that is both lightweight, compact and over three times more energy absorbing than the equivalent steel structure.

Ride and handling
The legendary Lotus ride and handling gives a superb high performance, sporty drive, combined with a compliant ride and progressive on limit handling, it makes the Elise a car that demands to be driven.

The entry level Lotus Elise weighs 876 kg, making it one of the lightest fully homologated sportscars in the world. This low weight translates into efficient performance with minimal environmental impact in terms of emissions and fuel consumption. The efficiency of the Elise structure means that the 136 PS (100 kW, 134 hp) delivers phenomenal performance.

Few cars can match the delicacy and accuracy of the steering, throttle and brakes of the Elise and all of these factors contribute to the excellent driving experience of the Elise.

Safety
The Elise has high performance AP Racing callipers at the front and Brembo callipers at the rear linked to 282 mm vented and cross-drilled cast iron discs to give excellent stopping power.

The ABS system is linked to a lightweight pedal box with steel pedal arms and extruded aluminium pads. This unit also has an electronic (drive-by-wire) throttle for quick, smooth and more linear engine response.

Prices will be announced in March 2010